CHILDREN OF THE DAY… 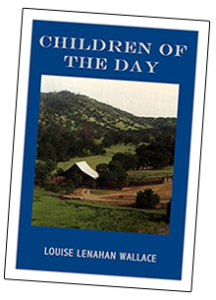 Published in 2015 by All Things That Matter Press, Somerville, Maine …

Mac bent over the desk. “I must see Dr. Terrill now.”

The clerk bristled at the implication that this man’s white doctor’s coat magically gave him enough supremacy to order other people around. The important doctors were sitting in the room just beyond his desk, and he had been charged with seeing that they were not disturbed. He opened his mouth to refuse, then took a closer look at the ice chips in Mac’s blue eyes and also the breadth of his shoulders. Very slowly, he reached for a piece of paper. With set lips, and failing to provide a pen and ink, he pushed the paper over to Mac, who promptly leaned in further and snatched a pencil from the holder on the desk.

Shielding the paper from the clerk’s efforts to see past his view-blocking arm, he wrote, “Urgent I see you, sir.” He signed, folded, and handed it to the clerk, who sniffed as he took it.

With Mac’s glare pinned firmly on him, he made no attempt to slip it open. With a sense of unreality that at the same time felt only too terribly real, Mac watched him knock on a door marked “Board Room” and hand the note to someone inside. He then gave Mac a disdainful, see-what-happens-now smile. Mac decided it would be prudent not to accept any food or drink from this young man for a very long time.

In a matter of moments, Oliver Terrill emerged. Mac had been able to hurry the clerk along without alarming him. Dr. Terrill, on the other hand, had spent too many years interpreting other people’s expressions. Without asking questions, the older doctor led Mac to a room down the hallway, leaving the clerk staring after them. “We can talk in here.” Once the door was securely shut, he turned to Mac, “What is it?”

Carefully, analytically, even as Doc Rawley had taught him long before he came to the University, Mac laid out the facts of Jeff’s requesting his opinion, the fever, lethargy, strident coughing, and finally, the grayish-yellow membrane covering the baby’s throat.

A muscle twitched in Oliver’s jaw, but he gave no other hint of his alarm. “And Dr. Kinsley’s diagnosis?” 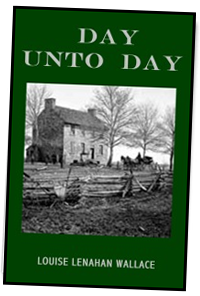 Ethan had just come from the morning chores, bringing the fresh scent of the snowy outdoors with him into the darkened sickroom. Walking in on Larissa’s worried reluctance to leave her daughter, and Doc’s rock-hard determination that she should, he said a swift prayer that she would forgive him for his brazen interference. Before she could dig her heels in, he grabbed her arm and propelled her out the door. With a quiet but decisive thump, Doc closed it behind them.

She protested indignantly, but her willpower deserted her in one sudden puff of breath. She wearily yielded to the warm comfort of his shoulder under her cheek before she stiffened, pushing away the weakness. “Except for being mad as a wet hen at Doc, I’m all right. But I’m not so sure I feel like obeying his demand to get some sleep. Of all the high-handed—”

As if on cue, the bedroom door opened a crack and a hairy arm, sleeve rolled to the elbow, shot out. The hand at the end of the arm held a glass of some indeterminate liquid. “Drink this.” Doc’s disembodied voice intoned the command. “It’ll help you sleep for three or four hours.”

Her mutinous expression warned Ethan she had no intention of obeying, and his suddenly empty brain could think of no way to talk her into it. Holding her nose and forcing her didn’t strike him as much of an option. For no reason he could guess, except as an answer to prayer, she abruptly plucked the glass from Doc’s hand.

Taking a sip, she wrinkled her nose. “All of it.” She stuck out her tongue in the general direction of the bedroom door before following Doc’s orders. Her deep shudder as she drank made Ethan highly happy not to be the recipient of the old man’s generosity. She plopped the empty glass back into the still outstretched hand. Hand and glass disappeared through the narrow opening. The door shut with an uncompromising click.

“Bad as that stuff tasted, it better work,” she muttered.

“It will.” The door muffled the voice, but not the inflexibility of the command.

Ethan hastily pulled her across the hallway. “Along with an extra pair of eyes, the old codger really does have ears in the back of his head, just like he’s always boasted. You’d better do what he says.”

“Between the two of you, I don’t have much choice.” Her grousing now out of her system, she put her hand on his arm. “You’ll wake me up in three hours, if I’m asleep?”

She took it for the promise it was. At her doorway, she paused with her hand on the knob, gave him a small smile, and slipped into her room. He gazed at the closed panel for a long moment before turning back to Rose’s room.

An excerpt from LENGTH OF DAYS… 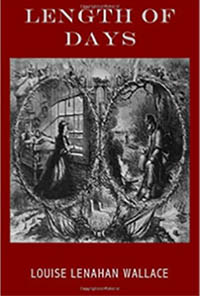 Sunday, April 14, 1861 dawned with blue skies and the fragrance of blossoming springtime. The Edwards family rose early to complete all the morning chores before church. Gathered around the breakfast table, their strained faces conveyed clearly the fear they would not voice. Mac’s flaming hair lent one spot of brightness, but, Zane noted bitterly, his expression was more sober than any twelve-year-old should wear. Rose, too, looked far older than her seven years. And this was only the beginning.

In spite of her surface serenity, the purple smudges under Larissa’s eyes bespoke their own tale. Sleepless himself, Zane knew she too lay awake much of the night. Every time he stirred, she moved closer, abandoning all except the fierce need of the warmth and comfort of her body curved to his work-muscled length. He held her, her head nestled against his shoulder, hand resting on his chest, breath light and soft against his neck. Thus, they had slept during all the nights of fourteen years of marriage. The question hung in the blackness above him. How many more nights will we be given? With unyielding bleakness, the answer intruded. Not many. Dear God, not many.

Now, their hands joined around the table, Zane began the morning prayer. “Father, thank You for this day, for this food, for all the blessings…” Suddenly, totally, the words strangled in his throat. How can this ripping apart of our country, our lives, be labeled a blessing?

Floundering in a tide of blackness, he heard Larissa, softly say, “… You have bestowed upon us. Help us to be worthy of Your goodness. Amen.”

His eyes, dull with despair, met hers, alight with love and tenderness. He felt her courage filling his emptiness, knew with certainty whatever her fears of the night before, and of all the nights to come, their love was a solid shield no outside force could breach. His eyes still holding hers, his voice suddenly returned. “Amen.”

An excerpt from DAY STAR RISING…

sequel to Longing of the Day

Realization that his surroundings were familiar finally dawned on Will.

He raised his head. The creek, sunk summer-dry shallow, chuckled over its rocky bed. Wind, fanning his cheek and ear, flattened through the dying grass and whispered around the willows edging the water. All else, in all directions, was utter stillness.

Pulling his feet out of the water and shaking them dry, he gingerly drew on his socks and boots. Pushing up, he started searching through the grass, working slowly away from the creek boundary.

He found them by the simple process of tripping over them.

The pile of stones, crumbling, was unrecognizable for the chimney it had once been. And only a few foundation rocks, weed-hidden, remained. He paused, paced a few steps eastward.

The graves were there, the crosses – like the foundation stones – grass grown.

A bouquet of daisies lay at the base of each marker. Someone – Matt or Catty most likely – had placed them there recently, for they were only slightly wilted.

Will gazed at the graves of Matt’s parents. They had died in an Indian raid when Matt was three and Catty only a few months old. Ben Clayton, the Jamisons’ nearest neighbor, had found the children huddled in the brush beside the creek and had taken them home to the Arrow A. For over 20 years, Ben and Anne Clayton had reared Matt and Catty as and with their own children – Jason, Luke and Eve. Now Ben and Anne were two months dead, themselves victims of an outlaw raid on the Arrow A.

Will knew he should feel some sympathy for Matt, for all of them. But for the first time in his lifelong association with the Clayton family, his heart refused.

Who could have foreseen that night of tragedy and violence twenty-two years before would so dismally affect his own life this day?

The wind blew around the crosses, ruffled the petals of the daisies and tugged past Will in its headlong rush across the grassy plains.

But it brought him no answer.

An excerpt from LONGING OF THE DAY…

“You just about broke your fool head runnin’ in broad daylight. How far do you think you’ll get in the dark?”

Matt knew he was right, but he also knew that, for himself, he was willing to risk it. Thirty miles to the ranch. So near and yet so far. Irrationally, last Christmas, and Catty’s talk of Mr. Alexander Bell’s machine sending messages into the night, flashed into his mind. But that, too, was futile reasoning.

The moon finally rose, a pale, high, silvery gleam. At the first light Matt swung into the saddle and headed out, leaving Dan to follow.

Mile after mile spun out behind them, but the distance ahead to the ranch seemed scarcely unraveled. Trot. Canter. Gallop. Trot again. The cadence beat upon him, became him until no other motion mattered. The stars wheeled, the moon swung higher, and finally, slowly, tipped into its descent. Tumbleweed’s hoofbeats thrummed, their vibrations no louder in Matt’s ears than the drumming of his own heart. And the hoofbeats echoed around him and his heartbeat echoed within him. Together they became one with the chaos of his thoughts, all blended into one wordless, rhythmic prayer of pleading.

Fear, a sneering passenger that weighted every stride the horse took, had clamped onto him so that, the last few miles, he could no longer hold Tumbleweed to that steady gait. The hoofbeats roared, his heartbeat thumped, his thoughts swirled through his brain like dried leaves fleeing before an autumn wind. And his soul was cold, cold as an empty house when the autumn wind wails through it.

The last rise before the ranch house loomed before them. But Tumbleweed had neither breath nor strength for the ascent. Blowing heavily, urged on by Matt’s raking spurs, he strained every muscle and sinew in one last, supreme effort, and horse and rider burst over the top of that final slope.